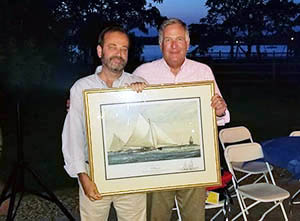 Last winter the Rules Committee chose to present the Annie Award for 2018 to Hank Mergenthaler, but he was away at the time of the annual dinner so it was decided to wait and present it instead during the 2019 Nationals. We missed our chance because, very sadly, Hank passed away on July 30.

Hank was a stalwart of the class and a great enthusiast, owning first A107, then A139. Over the years he had been a National Champion (in 1979) and served terms as Class Chairman and as Chairman of the Rules Committee. During the recent Nationals, Eric Mergenthaler received the Annie on his father’s behalf from Class Chairman Rob Coster. 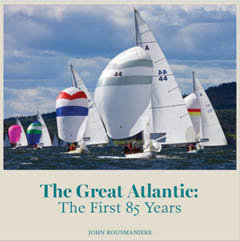